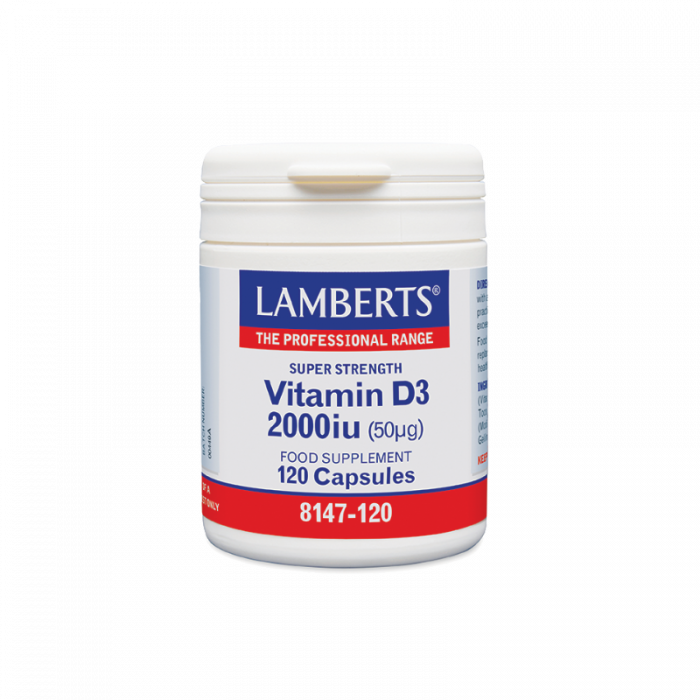 Skip to the beginning of the images gallery
Details
Our bodies obtain vitamin D (which, strictly speaking is a steroid hormone) from two sources, our diet and from the action of sunlight on our skin which drives the natural production within the body. If we all had plenty of sun then we would have plenty of vitamin D, but in reality we do need to obtain some from our diet, particularly during the winter months and particularly in the elderly as the body's ability to manufacture vitamin D declines with age. Indeed as many as 60 percent of the UK population is vitamin D deficient and low levels have been linked to serious health problems in later life.

This is not surprising when one considers the fact that it is involved in the expression of more than 1000 genes. So whilst it is renowned for its vital role in the maintenance of normal bone health, in reality it actually acts on cells in every organ of the body and has extremely far-reaching effects on human health.

Each capsule of Lamberts® Vitamin D provides 2000iu (in the vitamin D3 form).

Cautions
None known at recommended usage.

Storage instructions
To be stored in a cool dry place and protected from light.

Suitable for vegetarians.
More Information
Reviews
Write Your Own Review
Only registered users can write reviews. Please Sign in or create an account
Ingredients