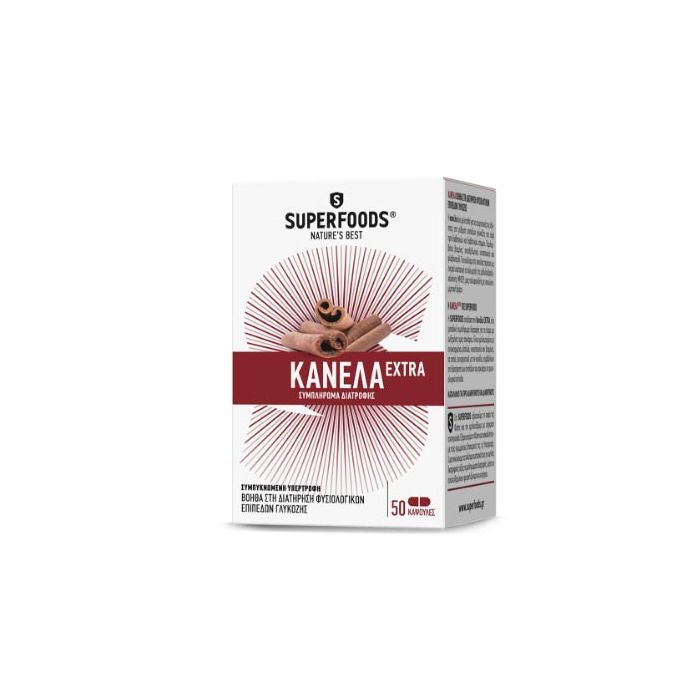 Skip to the beginning of the images gallery
Details
A few years ago scientists discovered that cinnamon has a blood-sugar lowering effect in diabetic patients. Current research has shown that cinnamon’s active substance, MHCP, which is a polyphenol , has indeed an insulin mimetic behavior. As a result, the tradition and experience of thousands of years regarding the positive impact of cinnamon has been now scientifically verified. The product also contains vitamin C, magnesium, manganese, B6, E, B3 and zinc to maximize the body’s functioning ability.

Cinnamon’s MHCP has a positive impact on blood-sugar regulation

Use: Take 1 to 2 capsules daily or as directed by your doctor or pharmacist. Do not exceed the recommended dosage.
More Information
Reviews
Write Your Own Review
Only registered users can write reviews. Please Sign in or create an account